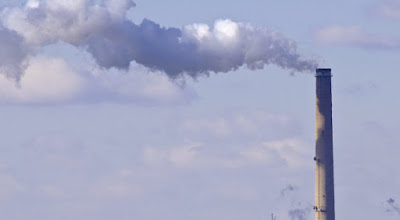 A known health hazard and contributor to acid rain, sulfur dioxide (SO2) is one of six air pollutants regulated by the U.S. Environmental Protection Agency. Current, sulfur dioxide monitoring activities include the use of emission inventories that are derived from ground-based measurements and factors, such as fuel usage. The inventories are used to evaluate regulatory policies for air quality improvements and to anticipate future emission scenarios that may occur with economic and population growth.

But, to develop comprehensive and accurate inventories, industries, government agencies and scientists first must know the location of pollution sources.

"We now have an independent measurement of these emission sources that does not rely on what was known or thought known," said Chris McLinden, an atmospheric scientist with Environment and Climate Change Canada in Toronto and lead author of the study published this week in Nature Geosciences. "When you look at a satellite picture of sulfur dioxide, you end up with it appearing as hotspots -- bull's-eyes, in effect -- which makes the estimates of emissions easier."

The 39 unreported emission sources, found in the analysis of satellite data from 2005 to 2014, are clusters of coal-burning power plants, smelters, oil and gas operations found notably in the Middle East, but also in Mexico and parts of Russia. In addition, reported emissions from known sources in these regions were -- in some cases -- two to three times lower than satellite-based estimates.

Altogether, the unreported and underreported sources account for about 12 percent of all human-made emissions of sulfur dioxide -- a discrepancy that can have a large impact on regional air quality, said McLinden.

The research team also located 75 natural sources of sulfur dioxide -- non-erupting volcanoes slowly leaking the toxic gas throughout the year. While not necessarily unknown, many volcanoes are in remote locations and not monitored, so this satellite-based data set is the first to provide regular annual information on these passive volcanic emissions.

"Quantifying the sulfur dioxide bull's-eyes is a two-step process that would not have been possible without two innovations in working with the satellite data," said co-author Nickolay Krotkov, an atmospheric scientist at NASA's Goddard Space Flight Center in Greenbelt, Maryland.

First was an improvement in the computer processing that transforms raw satellite observations from the Dutch-Finnish Ozone Monitoring Instrument aboard NASA's Aura spacecraft into precise estimates of sulfur dioxide concentrations. Krotkov and his team now are able to more accurately detect smaller sulfur dioxide concentrations, including those emitted by human-made sources such as oil-related activities and medium-size power plants.

Being able to detect smaller concentrations led to the second innovation. McLinden and his colleagues used a new computer program to more precisely detect sulfur dioxide that had been dispersed and diluted by winds. They then used accurate estimates of wind strength and direction derived from a satellite data-driven model to trace the pollutant back to the location of the source, and also to estimate how much sulfur dioxide was emitted from the smoke stack.

"The unique advantage of satellite data is spatial coverage," said Bryan Duncan, an atmospheric scientist at Goddard. "This paper is the perfect demonstration of how new and improved satellite datasets, coupled with new and improved data analysis techniques, allow us to identify even smaller pollutant sources and to quantify these emissions over the globe."

The University of Maryland, College Park, and Dalhousie University in Halifax, Nova Scotia, contributed to this study.

For more information about, and access to, NASA's air quality data, visit:

NASA uses the vantage point of space to increase our understanding of our home planet, improve lives, and safeguard our future. NASA develops new ways to observe and study Earth's interconnected natural systems with long-term data records. The agency freely shares this unique knowledge and works with institutions around the world to gain new insights into how our planet is changing.

http://www.nasa.gov/earth
Posted by AAEES at 6:02 AM No comments: