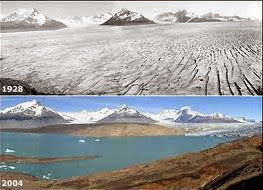 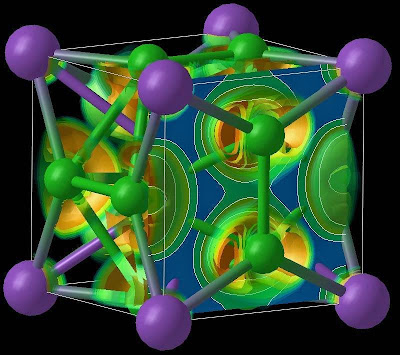 Dec. 19, 2013 — All good research breaks new ground, but rarely does the research unearth truths that challenge the foundation of a science. That's what Artem R. Oganov has done, and the professor of theoretical crystallography in the Department of Geosciences will have his work published in the Dec. 20, 2013 issue of the journal Science.

The paper, titled "Unexpected stable stoichiometries of sodium chlorides," documents his predictions about, and experiments in, compressing sodium chloride -- rock salt -- to form new compounds. These compounds validate his methodology for predicting the properties of objects -- a methodology now used worldwide for computational material discovery -- and hold the promise of novel materials and applications.

"I think this work is the beginning of a revolution in chemistry," Oganov says. "We found, at low pressures achievable in the lab, perfectly stable compounds that contradict the classical rules of chemistry. If you apply the rather modest pressure of 200,000 atmospheres -- for comparison purposes, the pressure at the center of the Earth is 3.6 million atmospheres -- everything we know from chemistry textbooks falls apart."

Standard chemistry textbooks say that sodium and chlorine have very different electronegativities, and thus must form an ionic compound with a well-defined composition. Sodium's charge is +1, chlorine's charge is -1; sodium will give away an electron, chlorine wants to take an electron. According to chemistry texts and common sense, the only possible combination of these atoms in a compound is 1:1 -- rock salt, or NaCl.

"We found crazy compounds that violate textbook rules -- NaCl3, NaCl7, Na3Cl2, Na2Cl, and Na3Cl," says Weiwei Zhang, the lead author and visiting scholar at the Oganov lab and Stony Brook's Center for Materials by Design, directed by Oganov. "These compounds are thermodynamically stable and, once made, remain indefinitely; nothing will make them fall apart. Classical chemistry forbids their very existence. Classical chemistry also says atoms try to fulfill the octet rule -- elements gain or lose electrons to attain an electron configuration of the nearest noble gas, with complete outer electron shells that make them very stable. Well, here that rule is not satisfied."

This opens all kinds of possibilities. Oganov posited that, if you mix NaCl with metallic sodium, compress in a diamond anvil cell, and heat, you will get sodium-rich compounds like Na3Cl. He likewise theorized that, if you take NaCl, mix it with pure chlorine, and compress and heat, you will get chlorine-rich compounds such as NaCl3. This is exactly what was seen in the experiments, which were performed by the team of Alexander F. Goncharov of Carnegie Institution of Washington, confirming Oganov's predictions. "When you change the theoretical underpinnings of chemistry, that's a big deal," Goncharov says. "But what it also means is that we can make new materials with exotic properties."

Among the compounds Oganov and his team created are two-dimensional metals, where electricity is conducted along the layers of the structure. "One of these materials -- Na3Cl -- has a fascinating structure," he says. "It is [composed of] layers of NaCl and layers of pure sodium. The NaCl layers act as insulators; the pure sodium layers conduct electricity. Systems with two-dimensional electrical conductivity have attracted a lot of interest."

Like much of science, Oganov's pursuit began with curiosity -- and obstinacy.

"For a long time, this idea was haunting me -- when a chemistry textbook says that a certain compound is impossible, what does it really mean, impossible? Because I can, on the computer, place atoms in certain positions and in certain proportions. Then I can compute the energy. 'Impossible' really means that the energy is going to be high. So how high is it going to be? And is there any way to bring that energy down, and make these compounds stable?"

Oganov's team harnessed their own energy to bring the research to fruition. "We have a fantastic team," he says. "The theoretical work was done here at Stony Brook; the experimental work took place at the Geophysical Laboratory in the Carnegie Institution of Washington."

Additionally, Oganov's team utilized the NSF-funded Extreme Science and Engineering Discovery Environment (XSEDE) by running USPEX code -- the world-leading code for crystal structure prediction -- on Stampede, a supercomputer at the Texas Advanced Computing Center at the University of Texas at Austin. USPEX was developed by Oganov's lab and he estimates over 1,500 researchers use it worldwide.

His discovery may have application in the planetary sciences, where high-pressure phenomena abound. It may explain results of other experiments, where researchers compressed materials and got puzzling results. His computational methodology and structure-prediction algorithms will help researchers predict material combinations and structures that exhibit desired properties and levels of stability.

"We have learned an important lesson -- that even in well-defined systems, like sodium chloride, you can find totally new chemistry, and totally new and very exciting materials," Oganov says. "It's like discovering a new continent; now we need to map the land. Current rules cannot cope with this new chemistry. We need to invent something that will."

Email ThisBlogThis!Share to TwitterShare to FacebookShare to Pinterest
Labels: Chemistry, News You Can Use

Base Degrees on What We Know, Not How Long We Spent in a Classroom 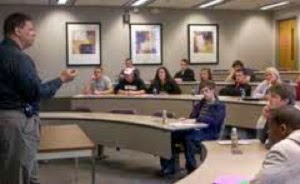 What does a college degree really tell employers about how much an applicant knows? In the 21st Century global economy do we need a better signal than the existing standard, the college degree. Featured on Linkedin, Jeff Selingo suggests that more colleges shift from measuring learning based on how much time students spend in a classroom to a system based on how much they actually know. Sounds like he is in step with the AAEES approach for demonstrating mastery of a subject through rigorous examinations administered by individuals who are practitioners and thought leaders.

Email ThisBlogThis!Share to TwitterShare to FacebookShare to Pinterest
Labels: Education, News You Can Use

Huge Reserves of Fresh Water Lie Beneath the Ocean Floor 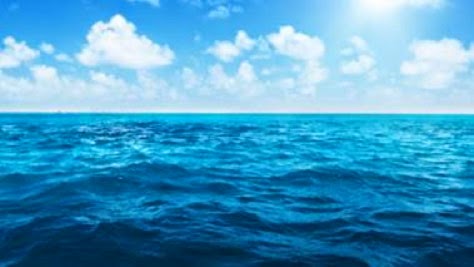 Scientists in Australia have report the discovery of huge freshwater reserves preserved in aquifers under the world's oceans. The team's research is described in a paper published in the December 5th issue of Nature.

Email ThisBlogThis!Share to TwitterShare to FacebookShare to Pinterest
Labels: News You Can Use, water
Newer Posts Home
Subscribe to: Posts (Atom)