Switzerland's New Natural Swimming Pool Does Away with the Chemicals 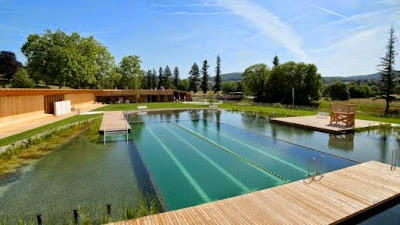 The Naturbad Riehen swimming pool is entirely chemical-free (Photo: Helen Schneider).
A whiff of chlorine is virtually synonymous with taking a dip in a swimming pool. While it helps to kill off bacteria, it also serves as a subtle reminder that you are wading around in chemically treated water (if tasting the odd mouthful just isn't enough). Switzerland's Naturbad Riehen swimming pool is entirely chemical-free, relying instead on a biological filter system to provide clean and natural water for thousands of patrons, no itchy red eyes in sight.

A town of around 20,000 people, Riehen sits just outside of Basel on the Swiss-German border. This section of the border wraps around Riehen in such a way that in 2006, the town's old swimming pool had to be demolished to make way for a tunnel connecting two German cities on either side. With the controversial roadway completed in 2013, the people of Riehen were quick to reclaim their territory.

"The citizens wanted their pool back and believed that a natural swimming pool would suit their interest in bathing, swimming and playing, just as well as a traditional pool," Christian Lupp, Recreation and Sports representative from the Municipality of Riehen tells Gizmag. "Furthermore, there was the understanding that the natural water is better for the skin and eyes and feels smoother and softer".

Features include a wading pool for toddlers, a separate pool with a sloping gravel beach.
The first man-made natural swimming pools date back to the early 1980s in Austria, though these were largely for private use. The precise mechanics vary between each natural pool, but they typically contain the swimming water inside a membrane and then a separate water regeneration zone to clean it. Aquatic plants kill off germs while absorbing nutrients from the water for growth. Often the water is pumped across the surface of rocks or gravel to which the bacteria clings, functioning as a natural filter.

Since the 1980s, the concept has been commercialized and spread to different parts the world. Natural pools for public use have popped up in Germany, the UK and one is currently under construction at Webber Park in Minneapolis, set to be the first in the United States. Lupp says a point of difference for the Naturbad Riehen is that it's au naturel from the ground up, allowing for better integration of the pool's natural technology with its wooden infrastructure.

"Many other projects are conversions of traditional pools," he explains. "Our pool is absolutely built from zero, allowing the extraordinary possibility of a holistic design and a combination between the natural technology and its according architecture." 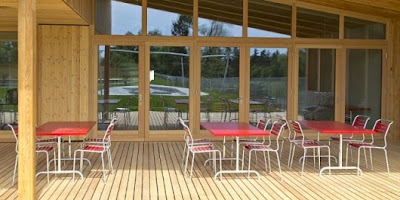 Officially opening for business in mid-June, the Naturbad Riehen is equipped to deal with 2,000 daily visitors. We're guessing the residents of Riehen are pretty happy with their new pool, with the possible exception of those in the business of selling swimming goggles.

Source: Naturbad Riehen
Posted by AAEES at 6:29 AM No comments:

Email ThisBlogThis!Share to TwitterShare to FacebookShare to Pinterest
Labels: Biofilter System, News You Can Use 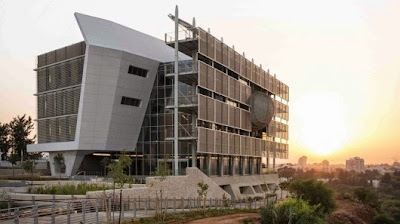 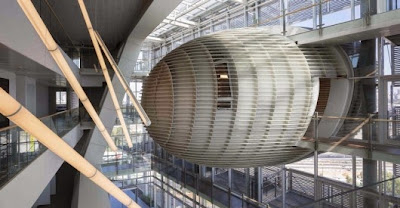 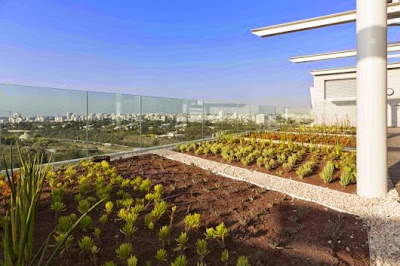 Source: Porter School of Environmental Studies
Posted by AAEES at 6:55 AM No comments:

Date: July 30, 2014
Source: Oregon State University
Summary: The world's oceans are vast and deep, yet rapidly advancing technology and the quest for extracting resources from previously unreachable depths is beginning to put the deep seas on the cusp of peril, an international team of scientists has warned. 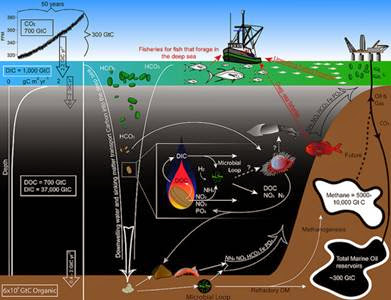 A new OSU study looks at how exploiting the ocean's vast resources have put
it in peril. Credit: Image courtesy of Oregon State University
The world's oceans are vast and deep, yet rapidly advancing technology and the quest for extracting resources from previously unreachable depths is beginning to put the deep seas on the cusp of peril, an international team of scientists warned this week.

In an analysis in Biogeosciences, which is published by the European Geosciences Union, the researchers outline "services" or benefits provided by the deep ocean to society. Yet using these services, now and in the future, is likely to make a significant impact on that habitat and what it ultimately does for society, they point out in their analysis.

"The deep sea is the largest habitat on Earth, it is incredibly important to humans and it is facing a variety of stressors from increased human exploitation to impacts from climate change," said Andrew Thurber, an Oregon State University marine scientist and lead author on the study. "As we embark upon greater exploitation of this vast environment and start thinking about conserving its resources, it is imperative to know what this habitat already does for us."

"Our analysis is an effort to begin to summarize what the deep sea provides to humans because we take it for granted or simply do not know that the deep sea does anything to shape our daily lives," he added. "The truth is that the deep sea affects us, whether we live on the coast or far from the ocean -- and its impact on the globe is pervasive."

The deep sea is important to many critical processes that affect Earth's climate, including acting as a "sink" for greenhouse gases -- helping offset the growing amounts of carbon dioxide emitted into the atmosphere. It also regenerates nutrients through upwelling that fuel the marine food web in productive coastal systems such as the Pacific Northwest of the United States, Chile and others. Increasingly, fishing and mining industries are going deeper and deeper into the oceans to extract natural resources.

"One concern is that many of these areas are in international waters and outside of any national jurisdiction," noted Thurber, an assistant professor (senior research) in Oregon State's College of Earth, Ocean, and Atmospheric Sciences. "Yet the impacts are global, so we need a global effort to begin protecting and managing these key, albeit vast, habitats."

Fishing is an obvious concern, the scientists say. Advances in technology have enabled commercial fisheries to harvest fish at increasing depths -- an average of 62.5 meters deeper every decade, according to fisheries scientists. This raises a variety of potential issues.

"The ability to fish deeper is shifting some fisheries to deeper stocks, and opening up harvests of new species," Thurber said. "In some local cases, individual fisheries are managed aggressively, but due to how slow the majority of the fish grow in the deep, some fish populations are still in decline -- even with the best management practices."

The orange roughy off New Zealand, for instance, is both a model of effective and conservation-based management, yet its populations continue to decline, though at a slower rate than they would have experienced without careful management, Thurber noted.

"We also have to be concerned about pollution that makes its way from our continental shelves into the deep sea," he added. "Before it was 'out of sight, out of mind.' However, some of the pollution can either make it into the fish that we harvest, or harm the fishers that collect the fish for us. It is one of the reasons need to identify how uses of the deep sea in the short term can have long-term consequences. Few things happen fast down there."

Mining is a major threat to the deep sea, the researchers point out in their analysis. In particular, the quest for rare earth and metal resources, which began decades ago, has skyrocketed in recent years because of their increased use in electronics, and because of dwindling or limited distribution of supplies on land. Mining the deep ocean for manganese nodules, for example -- which are rich in nickel -- requires machines that may directly impact large swaths of the seafloor and send up a sediment plume that could potentially affect an even larger area, the scientists note.

These mining resources are not limited to muddy habitats, Thurber pointed out. Massive sulfides present at hydrothermal vents are another resource targeted by mining interests.

"The deep sea has been an active area for oil and gas harvesting for many years," he said, "yet large reservoirs of methane and other potential energy sources remain unexploited. In addition to new energy sources, the potential for novel pharmaceuticals is also vast.

"There are additional threats to these unique habitats, including ocean acidification, warming temperatures and possible changes to ocean circulation through climate change."

The next step, the researchers say, is to attach an economic value to both the services provided by the deep sea -- and the activities that may threaten those services.

"What became clear as we put together this synopsis is that there is vast potential for future resources but we already benefit greatly through this environment," Thurber said. ""What this means is that while the choices to harvest or mine will be decided over the coming decades, it is important to note that the stakeholders of this environment represent the entire world's population."

"The Bible, the Koran, the Torah, and early Greek texts all reference the deep sea," he added. "Maybe it's time for all of us to take a closer look at what it has to offer and decide if and how we protect it."

Source: The above story is based on materials provided by Oregon State University.

Email ThisBlogThis!Share to TwitterShare to FacebookShare to Pinterest
Labels: News You Can Use, Science
Newer Posts Older Posts Home
Subscribe to: Posts (Atom)