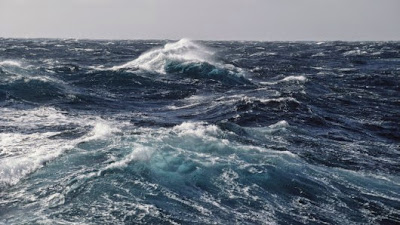 Despite an overwhelming consensus among climate scientists that warming trends over the past century are most likely the result of human activities, some claim that a plateau in global surface air temperatures since 2001 is evidence to the contrary. However, a new study suggests the recent stabilization of air temperatures is a result of abnormally strong east to west trade winds, causing warmth to be stored temporarily beneath the western Pacific ocean.

The joint research, published in the journal Nature Climate Change and conducted by Australian and US researchers, outlines an unprecedented intensification of trade winds, easterly surface winds swirling about near the Earth's equator, which has accelerated the circulation of the Pacific ocean.

This causes heat to be drawn from the atmosphere into the waters below the ocean's surface and the colder water to rise to the top, ultimately leading to cooler average global temperatures.

"Scientists have long suspected that extra ocean heat uptake has slowed the rise of global average temperatures, but the mechanism behind the hiatus remained unclear," said the study's lead author, Professor Matthew England of the University of New South Wales in Sydney, Australia.

When England and his fellow researchers added data from the heightened winds to their modeling, they found it accounted for a cooling of 0.1 to 0.2° C (0.18 to 0.36° F) in the 2012 global average surface air temperature, very closely mirroring the offset currently being observed.

"The winds lead to extra ocean heat uptake, which stalled warming of the atmosphere," said Professor England. "Accounting for this wind intensification in model projections produces a hiatus in global warming that is in striking agreement with observations."

While the stronger winds offer respite from an overall warming trend, Professor England warns that in the grand scheme of things, the pause will be short lived and to little effect.

"This pumping of heat into the ocean is not very deep, however, and once the winds abate, heat is returned rapidly to the atmosphere," he said. "When the trade wind strength returns to normal – as it inevitably will – our research suggests heat will quickly accumulate in the atmosphere. So global temperatures look set to rise rapidly out of the hiatus, returning to the levels projected within as little as a decade."

Email ThisBlogThis!Share to TwitterShare to FacebookShare to Pinterest
Labels: Environment, Global Warming, News You Can Use