Our Water Pipes Crawl with Millions of Bacteria

Summary: Our drinking water is to a large extent purified by millions of "good bacteria" found in water pipes and purification plants, Swedish researchers have found. So far, the knowledge about them has been practically non-existent, but this new research is about to change that. 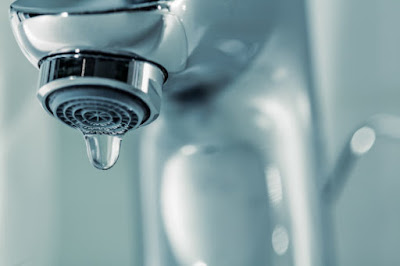 A glass of water contains millions of bacteria, say researchers.
Credit: © Andrey Kuzmin / Fotolia
Researchers from Lund University in Sweden have discovered that our drinking water is to a large extent purified by millions of "good bacteria" found in water pipes and purification plants. So far, the knowledge about them has been practically non-existent, but this new research is about to change that.

A glass of clean drinking water actually contains ten million bacteria! But that is as it should be -- clean tap water always contains harmless bacteria. These bacteria and other microbes grow in the drinking water treatment plant and on the inside of our water pipes, which can be seen in the form of a thin, sticky coating -- a so-called biofilm. All surfaces from the raw water intake to the tap are covered in this biofilm.

"A previously completely unknown ecosystem has revealed itself to us. Formerly, you could hardly see any bacteria at all and now, thanks to techniques such as massive DNA sequencing and flow cytometry, we suddenly see eighty thousand bacteria per millilitre in drinking water," says researcher Catherine Paul enthusiastically.

"From having been in the dark with a flashlight, we are now in a brightly lit room, but it is only one room. How many different rooms are in the house is also an interesting question!" she continues.

The work of doctoral student Katharina Lührig, who works together with Catherine, professors Peter Rådström and Kenneth Persson, and colleagues Björn Canbäck and Tomas Johansson has been published in Microbes and Environments.

The results have led to lively discussions within the industry about the role of biofilms in drinking water.

At least a couple of thousand different species live in the water pipes. According to the researchers there is a connection between the composition of bacteria and water quality.

"We suspect there are 'good' bacteria that help purify the water and keep it safe -- similar to what happens in our bodies. Our intestines are full of bacteria, and most the time when we are healthy, they help us digest our food and fight illness, says Catherine Paul.

Although the research was conducted in southern Sweden, bacteria and biofilms are found all over the world, in plumbing, taps and water pipes. This knowledge will be very useful for countries when updating and improving their water pipe systems.

"The hope is that we eventually may be able to control the composition and quality of water in the water supply to steer the growth of 'good' bacteria that can help purify the water even more efficiently than today," says Catherine Paul.


Story Source:
The above post is reprinted from materials provided by Lund University.

Email ThisBlogThis!Share to TwitterShare to FacebookShare to Pinterest
Labels: Bacteria, News You Can Use, Water Use