Wonder-Material Graphene Could be Dangerous to Humans and the Environment 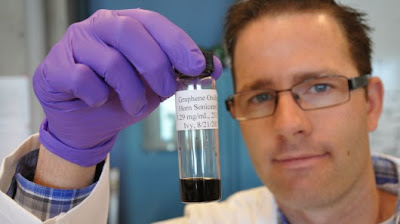 People have been waiting for some time to write a headline along the lines of "scientists discover thing that graphene is not amazing at" ... and here it is. Everybody's favorite nanomaterial may have a plethora of near-magical properties, but as it turns out, it could also be bad for the environment – and bad for you, too.

It's easy to get carried away when you start talking about graphene. Comprised of single atom thick layers of carbon, graphene is incredibly light, incredibly strong, extremely flexible and highly conductive both of heat and electricity. Its properties hold the promise of outright technological revolution in so many fields that it has been called a wonder material.

But it's only been 10 years since graphene was first isolated in the laboratory, and as researchers and industries scramble to bring graphene out of the lab and into a vast range of commercial applications, far less money is being spent examining its potential negative effects.

Two recent studies give us a less than rosy angle. In the first, a team of biologists, engineers and material scientists at Brown University examined graphene's potential toxicity in human cells. They found that the jagged edges of graphene nanoparticles, super sharp and super strong, easily pierced through cell membranes in human lung, skin and immune cells, suggesting the potential to do serious damage in humans and other animals. 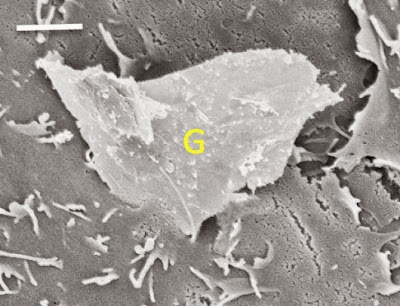 "These materials can be inhaled unintentionally, or they may be intentionally injected or implanted as components of new biomedical technologies," said Robert Hurt, professor of engineering and one of the study's authors. "So we want to understand how they interact with cells once inside the body."

Another study by a team from University of California, Riverside's Bourns College of Engineering examined how graphene oxide nanoparticles might interact with the environment if they found their way into surface or ground water sources.

The team found that in groundwater sources, where there's little organic material and the water has a higher degree of hardness, graphene oxide nanoparticles tended to become less stable and would eventually settle out or be removed in sub-surface environments. 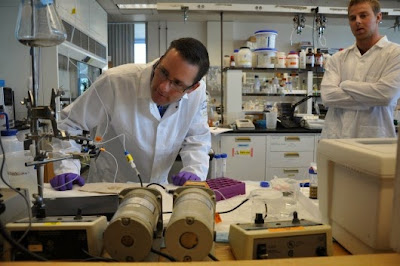 But in surface water such as lakes or rivers, where there's more organic material and less hardness, the particles stayed much more stable and showed a tendency to travel further, particularly under the surface.

So a spill of these kinds of nanoparticles would appear to have the potential to cause harm to organic matter, plants, fish, animals, and humans. The affected area could be quick to spread, and could take some time to become safe again.

"The situation today is similar to where we were with chemicals and pharmaceuticals 30 years ago," said the paper's co-author Jacob D. Lanphere. "We just don't know much about what happens when these engineered nanomaterials get into the ground or water. So we have to be proactive so we have the data available to promote sustainable applications of this technology in the future."

At this stage, the Material Safety Data Sheet governing the industrial use of graphene is incomplete. It's listed as a potential irritant of skin and eyes, and potentially hazardous to breathe in or ingest. No information is available on whether it has carcinogenic effects or potential developmental toxicity.

But researchers from the first study point out that this is a material in its infancy, and as a man-made material, there are opportunities at this early stage to examine and understand the potential harmful properties of graphene and try to engineer them out. We've got a few years yet before graphene really starts being a big presence in our lives, so the challenge is set to work out how to make it as safe as possible for ourselves and our planet.

Email ThisBlogThis!Share to TwitterShare to FacebookShare to Pinterest
Labels: Environment, Graphene, News You Can Use