Wastewater That Cleans Itself Results in More Water, Less Sludge 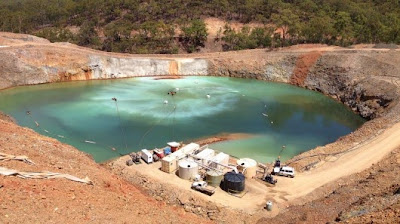 The treatment process in progress, using chemicals naturally abundant in wastewater to clean itself.
Using wastewater to clean itself is the premise of new Australian technology that relies on the formation of compounds called hydrotalicites, and which results in less sludge than traditional water treatment with lime. In one test, the equivalent of 20 Olympic-sized swimming pools of wastewater were treated, with final sludge reductions of up to 90 percent.

Hydrotalicites are layered crystal structures of carbonates, magnesium, and aluminum, and importantly, they can trap impurities within themselves.

By chemically manipulating these elements "naturally" present in wastewater in high concentrations, researchers at CSIRO, Australia's science agency, caused the formation of these hydrotalicites. This process occurs as the concentration of magnesium and aluminum is altered and the pH of the water raised. As the crystals form, trapped within them are numerous other waste substances – in the test case, those included radium, rare earth elements, anions and transition metals.

The resulting mixture can be easily centrifuged to separate out the sludge, which there is less of due to its higher concentration and smaller volume of water mixed in. The now-concentrated sludge can be theoretically "mined" again to recover some of the metals and minerals from the mixture. The water can be more efficiently purified further, if needed, and reused by the facility. 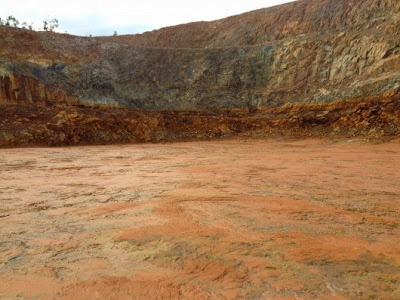 The wastewater sludge that remains after treated water is removed from a hydrotalcite treatment.
With the reduction in volume of sludge comes greater ease and lower costs in transporting and disposing of it.

The process is being developed for licensing by Virtual Curtain Limited.

In the video http://www.youtube.com/watch?feature=player_embedded&v=W-9nGeDxt1c, Dr. Grant Douglas, a senior researcher at CSIRO, presents the process and benefits of using wastewater as a template to clean itself.

Source: CSIRO
Posted by AAEES at 6:09 AM

Email ThisBlogThis!Share to TwitterShare to FacebookShare to Pinterest
Labels: News You Can Use, Treatment, Wastewater